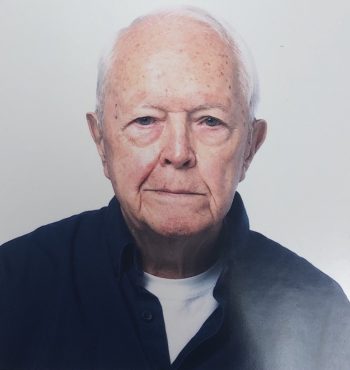 Robert Edwin Stevenson, PhD is a pioneer in the field of human tissue banking. His research and work as a microbiologist with cell cultures, viruses and genetic materials has served as a foundation for major advances in bone marrow, organ and tissue transplantation. Dr. Stevenson, who graduated from Bexley High School in 1944, credits his “superb cutting-edge education” for putting him on the path of scientific inquiry and discovery.

It is for that reason that Stevenson has established an endowed fund with the Bexley Education Foundation (BEF) and named it in honor of the Bexley science teacher that had such an impact in his life.

The Charles Hoel Memorial Endowment Fund will be used to fund an annual student prize in science. The first prize(s) will be awarded at the 2019 Bexley High School Senior Recognition Assembly. Prize recipients will be based upon recommendations made by Science Department faculty at Bexley High School.

Charles Hoel, who taught biology and physics at Bexley High School from 1927 – 1961, received a BS in Education from Ohio Northern University and his MA from The Ohio State University. He was president of the Ohio Science Education Association and active in the Ohio Academy of Science. Dr. Stevenson was heavily influenced by Mr. Hoel who, “provided me with the incentive to excel.”

Bob Stevenson did indeed excel. After enlisting in the Navy, he attended Miami University (Ohio) and later, after WWII, he received his BS, MS in Science and PhD in Microbiology from Ohio State. Dr. Stevenson was employed by the U.S. Public Health Service in Cincinnati where he performed virus research and pioneer cell culture methodologies prior to moving on the U.S. Navy Tissue Bank in Bethesda, Maryland as head of its Cell Culture Division. In 1960, the National Cancer Institute recruited Dr. Stevenson to establish a cell bank of highly characterized tissue cultured cells and other critical research resources for seeking human cancer viruses. Dr. Stevenson left the NIH in 1967 and joined Union Carbide as Manage of Biological Sciences He left Union Carbide to become a vice president with Litton Industries to direct the conversion of the Army bio-warfare labs to cancer research facilities.

It was Dr. Stevenson’s next step that would seal his place at the forefront of microbiology conservation. In 1980, Dr. Stevenson was selected to become the director of the American Type Culture Collection (ATCC) in Rockville, MD (now located in Manassas, VA) ATCC is the world’s largest repository of microorganisms, cell lines, viruses and genetic materials. Following his retirement from ATCC, Dr. Stevenson was later asked by the American Association of Tissue Banks to develop an accreditation program for tissue banks and associated standard procedures for tissue banking. For these efforts, he was awarded AATB’s George W. Hyatt Award which is given annually to an outstanding individual scientist who has demonstrated superior research, teaching, and service abilities in the field(s) of tissue banking, tissue transplantation, or transplantation medicine.

Dr. Stevenson currently resides in Sante Fe, New Mexico. We are honored to steward this new endowment fund at the BEF created through Dr. Stevenson’s generosity and his wish to honor the Bexley Schools and its tradition of academic excellence.