You are here: Home › Honoring Mother’s Memory with Gifts to the School, Community She Loved Most 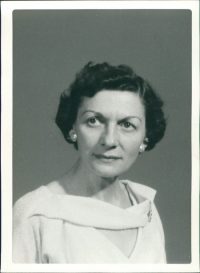 The BHSAA recently spoke with Thomas Lafferty, son of Elise Zimmer Lafferty, BHS Class of 1926. Tom has been giving to the BEF/BHSAA for over 15 years in honor of his mother. She profoundly loved Bexley and her time at Bexley High School, having been part of the first graduating class to complete all four years at the then newly-built Montrose building. Elise was extremely involved while at school, participating as the lead in the Senior Play “Daddy Long Legs” and as Senior Class secretary.

“I think having a lead in that play was a very special thing for her,” Tom said, further explaining that she would have pursued a career in acting had she not married and dropped out of college at age 22. Yet her passion for theater persisted, and when the family lived in Chicago she performed in a local amateur acting group. “I’ve got newspaper articles reviewing her performances, and they’re extremely complimentary.”

Though Elise did not fully realize her dreams of acting, she did finally return to college at the age of 50 and obtained her bachelor’s degree in education from The Ohio State University. For 20 years, she taught fifth grade in Gahanna Schools and her son truly believed she had a real impact on her students. At her funeral viewing, he explained, a former student came and paid her respects which “was remarkable that someone made the effort to come.”

Tom recalled the trips he and his mother would take to Bexley after she had retired to First Community Village in Upper Arlington to visit her old home on South Parkview and the stories she would tell him of her childhood. Her father, who for ten years served on Bexley City Council, allowed her to have a car in high school, which was highly unusual at the time. She recounted to him how she was pulled over for a minor traffic violation and the police officer stopped her, read her the riot act and asked for her license. “He was going to give her a ticket,” Tom laughed, until the officer realized who her father was. Elise believed she’d been treated special when she shouldn’t have.

“I just knew that [Bexley High School] was something that meant so much to her growing up,” he said, “I’ve always felt that this is the best way to honor her memory was to make an annual gift to the Bexley Education Foundation.” 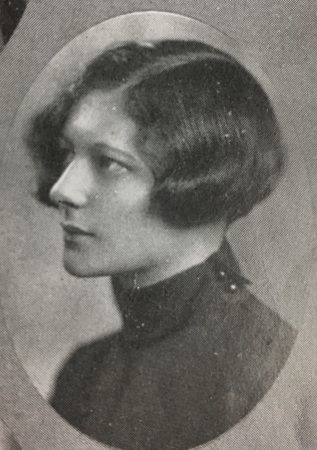 < Why We Give: Shauna and Mike Lehman
Alumni Basketball Game >