You are here: Home › Why We Give: Shauna and Mike Lehman 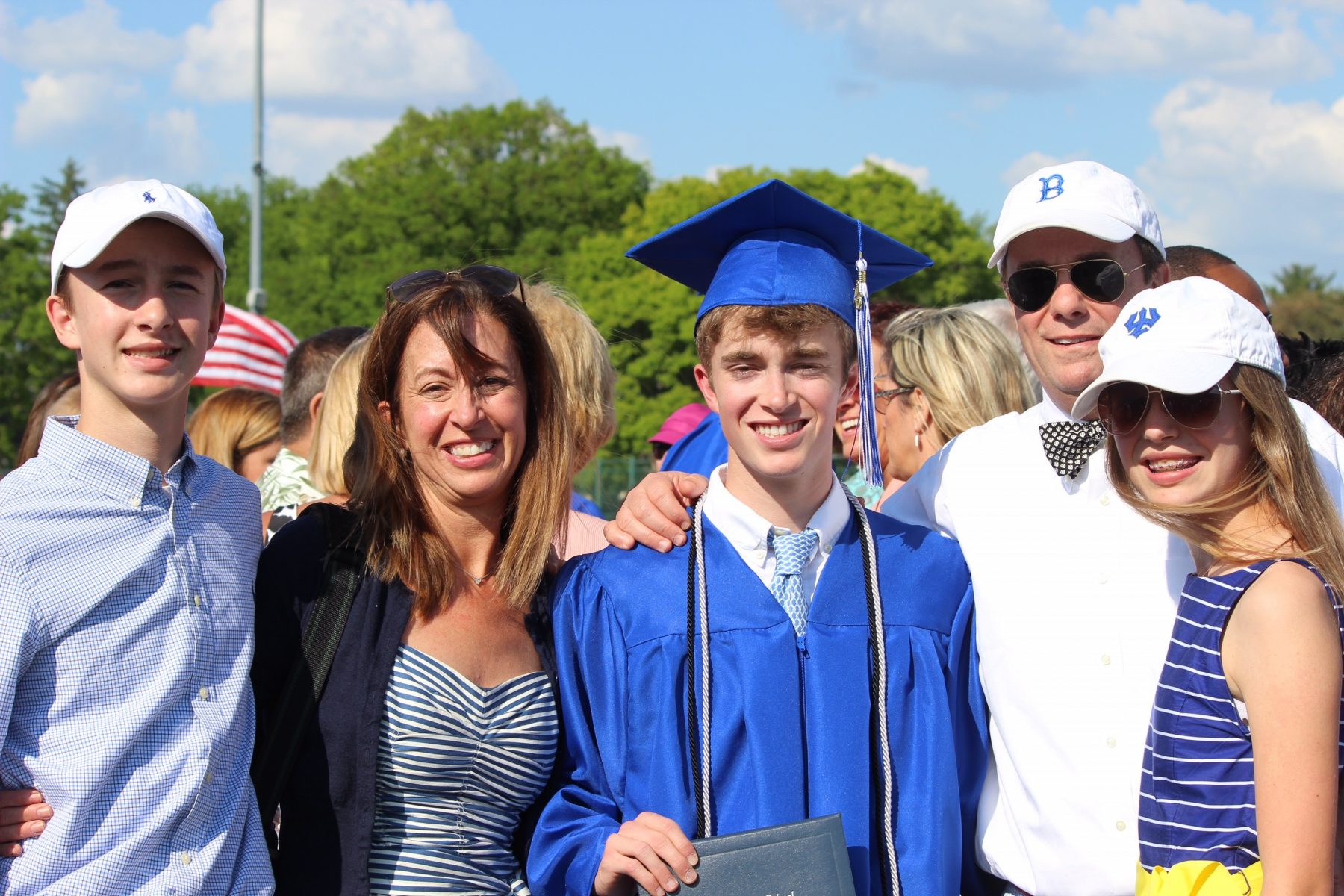 Shauna Steffy Lehman grew up in Bexley, attended Montrose Elementary and graduated from Bexley High School, so she feels it’s only natural to support the Bexley Education Foundation. Her husband Mike’s support, though, delights her.

“I love that he’s so into supporting Bexley,” she says with a laugh. “I love it. He just does it on his own; I don’t even have to ask.”

The Lehmans give each year to BEF’s annual Fund for Excellence campaign by making a gift through Mike’s workplace giving program at Deloitte Consulting, where he is a director. “I can channel my gift right back to the community where I live,” says Mike. “I think that’s important.” They also support BRAVO! through volunteering and donating to the silent auction.

Shauna and Mike first met when Mike, a native of Oakwood, Ohio, was in graduate school at OSU; after they were married, Shauna led them back to settle in Bexley. Their son Max, 18, graduated from Bexley High School last spring and is enrolled at Washington & Lee University. Tyler, 16, is a junior at BHS and Stefanie, 13, is an eighth grader at Bexley Middle School.

Shauna, the principal of her own interior design business, graduated from Denison University. “Bexley totally prepared me for college,” she says. She and Mike feel their children are similarly well-prepared. “It’s a competitive world,” says Mike, “and Bexley prepares our kids well. Not just to be successful in terms of money, but to achieve a life that will make them content.”

That, they say, is why the Lehmans choose to support the BEF. “Everything about the Bexley schools is better because of BEF,” says Shauna. “I like that the money is channeled directly to the schools,” says Mike. “The kids see [the results of BEF grants] every day. It’s not for a select group of people or a single program. All the students benefit.”

In addition to giving money, Shauna served several years on the BRAVO! committee. She and her mother Marti Steffy, an artist, donate art and services to the BRAVO! auction each year. Shauna also volunteers to help style the auction, bringing her artistic eye to the task of creating an appealing display.

Shauna loves BRAVO!, she said, because of how it brings the whole community together in support of the schools. “BRAVO! blows me away every year,” says Shauna. “You’re inspired by all the givers around you. They make it fun to give, and we have fun raising money for the BEF.”

“I’ve got the date on my calendar already,” she says. “If every community was like ours, don’t you think the world would be a better place?”

To make it even easier to support the Fund for Excellence, the BEF has created the Century Giving Fund, allowing donors to make a monthly contribution of as little as $10 a month. Click for info.

< Alumni Tennis Tournament Re-Cap and Photos
Honoring Mother’s Memory with Gifts to the School, Community She Loved Most >