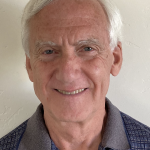 Dr. Kaplan was trained in internal medicine and infectious diseases. He had a 36 year career at the Centers for Disease Control and Prevention in Atlanta, GA. In the last 25 years of his career, he focused on HIV/AIDS, first domestically, then internationally.  He began his international work in 2004, at the time the CDC joined the President’s Emergency Plan for AIDS Relief (PEPFAR), initiated by President George W. Bush to provide AIDS relief to countries around the world.  Dr. Kaplan led the HIV Care and Treatment Branch at CDC, and later also led the US Government interagency HIV Treatment Task Force, a multi-USG agency leadership group responsible for coordinating HIV treatment to over 40 countries, with a focus on sub-Saharan Africa and Southeast Asia.  These efforts resulted in expansion of HIV treatment from about 50,000 persons in these countries at the beginning of PEPFAR to about 10 million persons at the time of Dr. Kaplan’s retirement in 2016; since that time the program has expanded to over 15 million persons, representing over half of the entire number of persons on HIV treatment in the world. These efforts have saved millions of lives. During Dr. Kaplan’s tenure, he was recognized as a leader in HIV treatment efforts at CDC and throughout PEPFAR.

During Dr. Kaplan’s time at CDC, he also participated in multiple infectious disease outbreak responses, including Severe Acute Respiratory Syndrome (SARS) in 2004, H1N1 influenza in 2009, and Ebola virus (2014-2016).  He has been recognized with multiple U.S. Public Health Service Commissioned Corps individual and group awards (including Outstanding Service Medal and Meritorious Service Medal) prior to retirement from the USPHS in 2008; and multiple U.S. Government Civil Service awards prior to retirement from CDC in 2016.

Since retirement from the Federal Government in 2016, Dr. Kaplan has continued to serve as a volunteer physician at the Atlanta VA Hospital Infectious Diseases Clinic, providing care to Veterans with HIV/AIDS. Dr. Kaplan maintains a clinical appointment in the Emory University Department of Medicine, Division of Infectious Diseases. Since retirement, Dr. Kaplan has also volunteered as a nature interpreter at the Fernbank Museum of Natural History (Atlanta’s natural history museum), interacting with museum guests and interpreting exhibits on trees, fossils, rocks, and other topics. Formerly (in younger years!), Dr. Kaplan served as an overnight volunteer at the Zaban Homeless Shelter at the Temple, Atlanta GA.