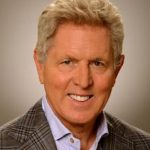 Bexley is proud to honor Jay Schottenstein as a Distinguished Alumni Award Recipient. Jay is the Chairman and CEO of American Eagle Outfitters, Inc., which includes Aerie. Mr. Schottenstein has been a respected leader in the retail industry with over four decades of experience from overseeing businesses in the Schottenstein family of companies. This includes Schottenstein Stores Corporation and Schottenstein Property Group.  Beyond his role at American Eagle Outfitters, Jay also holds several other leadership roles at other companies including Executive Chairman of Designer Brands Inc., Chairman of SB360 Capital Partners, American Signature Inc./Value City Furniture, and Mayacamas Vineyards among others.  Jay graduated from Indiana University Bloomington Kelley School of Business with a BS in Business Administration.

He is an active member of organizations  within the community, including the Columbus Jewish Foundation.  He has also served as a member of the Board of Trustees of the Arthur G. James Cancer Hospital and Solove Research Institute Foundation, and the Columbus Partnership.