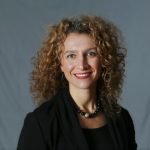 Ms. Simakovsky’s commitment to immigrant advocacy started when she emigrated from the former Soviet Union as a refugee in 1976 with the assistance of the Hebrew Immigrant Aid Society (HIAS). The experience of coming to the United States with nothing but hope shaped her worldview, instilling in her the desire to provide guidance to those taking similar journeys.

After graduating from the Ohio State Moritz College of Law in 1998, Ms. Simakovsky worked for immigrant nonprofits in Washington and California before returning to Columbus, Ohio in 2004 to run the immigration program at Community Refugee and Immigration Services (CRIS) the largest non-profit immigration legal services. After setting this program up for success with a steady funding source and an intern program Ms. Simakovsky wanted to combine her refugee survival skills in setting up a law firm that could integrate nonprofit and for profit services.

Simakovsky Law was founded in 2007 with the mission of bringing affordable and professional immigration legal services to the various immigrant communities in central Ohio, while also being a resource for information, education, support and advocacy. Simakovsky Law is now an all woman law firm of thirteen committed individuals.

Ms. Simakovsky assisted the Economic and Community Development Institute (ECDI) and Asian Services in Action in Cleveland and Akron launch immigration programs for their clients. And she continues to provide daily guidance to organizations and community members assisting their clients in navigating the immigration system.

Ms. Simakovsky is a past Board member of Hebrew Immigrant Aid Society (HIAS), the oldest international migration and refugee resettlement agency in the U.S as well as Catholic Legal Immigration Network (CLINIC) a national immigrant advocacy organization. Currently, Ms. Simakovsky volunteers her time with several immigration organizations including League of United Latin American Citizens (LULAC) and Vineyard Church Legal Clinic. She serves on the Elevate Northland Advisory Board and the Legal Committee of the New African Immigrant Commission. She is a panel attorney for the Ohio Domestic Violence Network and the Ohio Alliance to End Sexual Violence.

Simakovsky Law represented the first person to enter sanctuary during the Trump administration and in 2018, Simakovsky Law represented the first person to leave sanctuary with legal status in Ohio.  After seeing families and children separated at the border, Inna doubled down on her commitment to refugees and asylum seekers. In 2019, Simakovsky Law become the hub of the Columbus Immigrant Transit Assistance organization (ITA) that brings supplies to asylum seekers leaving detention and traveling to their sponsor through Columbus, Ohio. Inna traveled to Brownsville, Texas and worked with a group of volunteers to bring supplies and feed the asylum seekers in Matamoros, Mexico in conjunction with José Andrés of World Central Kitchen.

After surviving the past four years defending and protecting the rights of refugees, immigrants, and asylum seekers Inna has committed Simakovsky Law to assisting 50+ people a month to become naturalized citizens to empower the immigrant community to vote in leaders that will protect and defend the basic principles of the constitution.