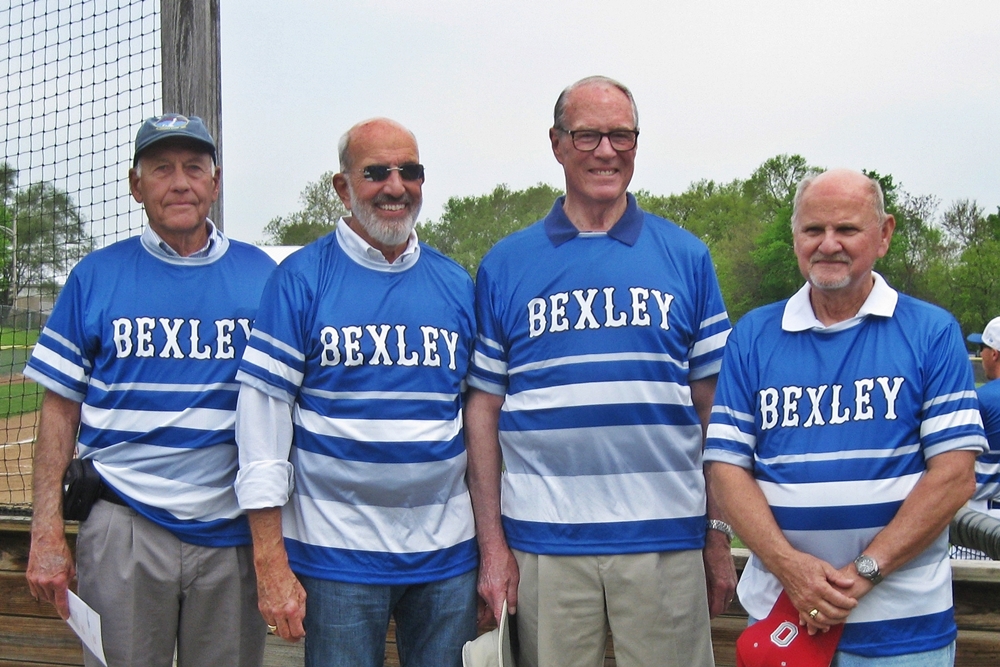 Since the inception of the baseball program in 1926, only four Bexley teams have won a district championship. On May 7, 2016 at Clowson Field members of the 1956 team were honored as one of the school’s best for its achievements 60 years ago.

Of the original 20, five players were able to attend, shown below in Bexley jerseys: 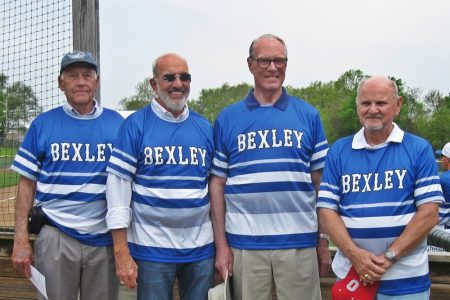 At the time, the team’s then-coach Ben Tenwalde believed the inexperienced 1956 team to hold many promising players and that the pitching supplied by Dick Cooper and Bob Babbit would supply wins throughout the year. Not only was it the pitchers who would help bring in wins, but veteran hitters such as Pat Morin, Norman Haller and Jeff Nacht were hailed as staples to assisting with wins in 1956. 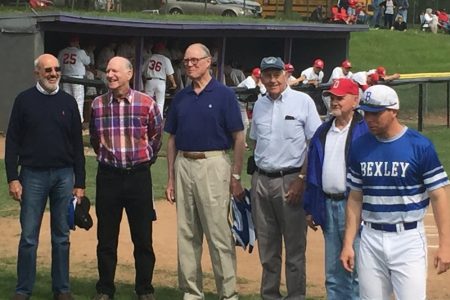