You are here: Home › Celebrating the Bexley Connection 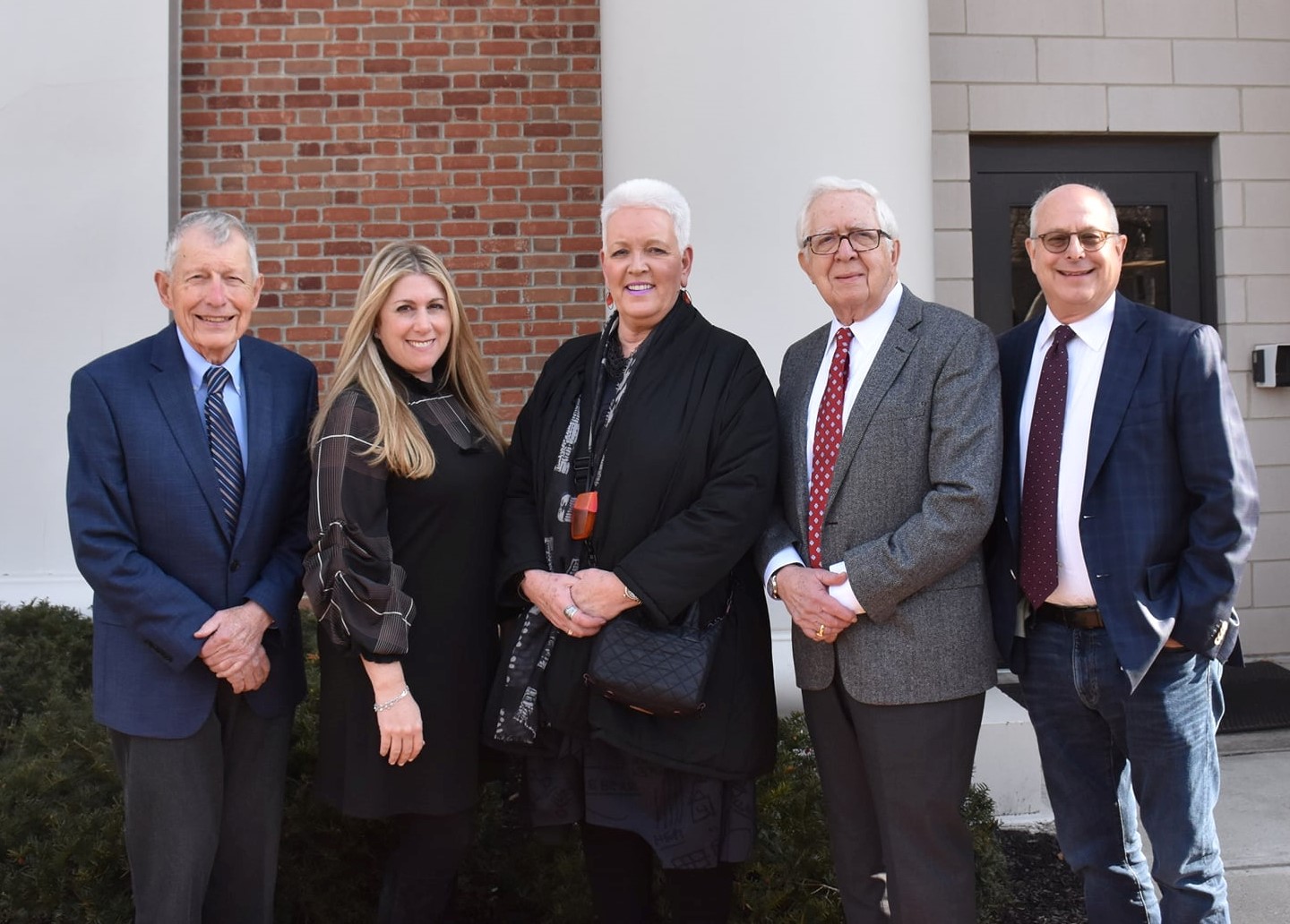 What happened was remarkable. Immediate connections were made as each recipient spoke. Students were in awe of those who had “come back” to talk about their personal journeys. There was applause and laughter as the honored graduates provided some history lessons, encouragement, advice and reminders about how fortunate they are to have good friends, great teachers and a community that will always be there for them where ever they go.

Rachel Sigall Friedman ’88 is Founder and CEO of Tenfold, an award-winning strategy and creative branding company. Truly grateful for the honor, she explained how when she first moved to Bexley she felt she didn’t always fit it. Her feelings of insecurity and self-doubt diminished with the “support of teachers who made my world feel right,” and “who gave me courage and sparked my ability to lead.” Today, Friedman is a busy mom and successful business woman.

Walter Buchsieb ’47 attended Bexley High School during World War II, a time when the streetcar ran through Bexley to Downtown Columbus and rationing was in place. But even during this time of scarcity and of fear, he was able to receive an outstanding education and make life-long friends. He encouraged students to try new things like he did going from Ohio State into the military which took him to Germany during the Cold War to serve the dental needs of military families. Buchsieb continued to serve the field of organized dentistry (he directed Ohio State’s Orthodontics Clinic for many years), earning him many awards and recognitions.

Michael Hackman ’74 did not prepare any remarks, which he said would not be a surprise to any of his high school friends. Going from class clown to “most likely to succeed” was his path in high school. That path eventually led to him starting his own business and putting in the hard work required to be successful. He encouraged students to discover their own passions and interests, especially “to discover what you don’t want to do.” Michael founded Hackman Capital Partners in Los Angeles in 1986, which today is one of the country’s most successful real estate investment and development firms.  Michael recognized his dad, Jerry Hackman, ‘42, the oldest BHS graduate present for all his love and support over the years.

Dr. Marvin Stone ’55 has returned to Bexley High School over the years, most notably in 2001 when he presented as part of the Judah Folkman, MD Scientist-in-Residence Program. He noted that Folkman, a 1950 Bexley High School graduate, who went on to become a ground-breaking cancer researcher, “had one of the most amazing minds of the 20th century.  “Maybe there is another like him in this audience here today,” he said.  A renowned oncologist himself (the library at Baylor University Medical Center is named in his honor), Dr. Stone credits the Bexley Schools with providing him with a strong foundation.  He noted that “passion and perseverance outrank talent on making achievements.” He encouraged students to work hard, never give up and, “Don’t smoke – anything!”

Gayle Smith, ‘74 had also returned to Bexley before, serving as the 2009 graduation speaker. This trip back was different as she reflected on “how much fun we had at this school.” Gayle thanked Sara Pfaff, her Bexley High School English teacher who was in the audience for teaching her to write so well. “She was fierce, but she let you write about anything,” Smith said, noting her paper on Stairway to Heaven.  With skills learned at Bexley, Smith felt well prepared to succeed at anything, including working as a journalist in Africa for 20 years. Her journalism work led to an accomplished career in the foreign service and public service.  Smith encouraged students to consider a career in public service.  Smith currently serves as President and CEO of the ONE Campaign. She had previously served as a top advisor on development issues for two American presidents and is one of the world’s leading experts on global development.

Through this assembly, past and present were connected. “It was truly an inspirational experience and I am so glad that our current upper classmen were able to be involved in this celebration of our alumni,” said BHS Principal, Kristin Robbins.  The next Distinguished Alumni Awards will be presented in 2021. To nominate go online to https://bexleyalumni.org/distinguished-alumni-awards/.