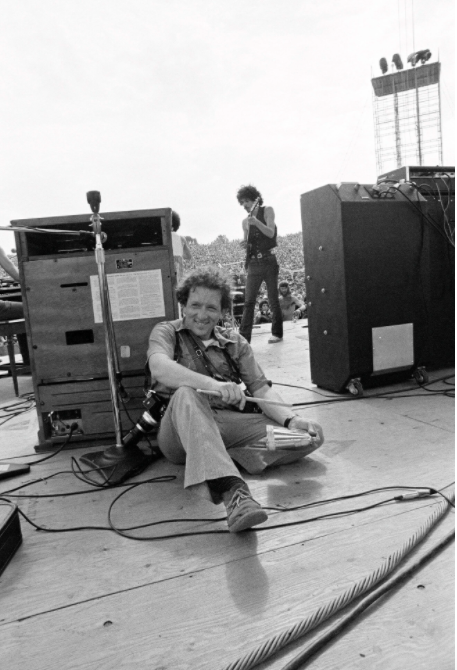 Photo Caption: Baron Wolman was photographed by the concert promoter Bill Graham at the Woodstock festival in 1969. He was noted for his ability to gain the trust of his subjects.Credit…Bill Graham

Baron Wolman was a graduate of Bexley High School Class of 1955.  He was the magazine’s first photographer, capturing Frank Zappa, Janis Joplin, the Grateful Dead and many more in the days before image control.

It was in 1969, and he was photographing Jerry Garcia of the Grateful Dead. When Garcia held up a hand, Mr. Wolman thought he was just waving or some such. But when Mr. Wolman printed the picture, he noticed that much of Garcia’s middle finger seemed to be missing — some kind of trick on Garcia’s part, he assumed.

“I kept thinking, How did he do that?” Mr. Wolman told the California newspaper The Marin Independent Journal in 2011. “How did he make it look like he made it look?”

Only later did he realize that the finger really was missing, and that Garcia had given him a scoop of sorts — at that point, he generally hid the fact that he had lost a piece of the finger as a child.

That anecdote underscores one of Mr. Wolman’s particular gifts as a photographer at the heart of the rock scene during the Woodstock era: his ability to gain the trust of his subjects. That skill led to enduring images of Garcia and the rest of the Dead, Janis Joplin, Jimi Hendrix and countless others.

Mr. Wolman died on Monday at 83 at his home in Santa Fe, N.M. A statement on his website said the cause was amyotrophic lateral sclerosis, often known as Lou Gehrig’s disease.

In the mid-1960s Mr. Wolman was living in the Haight-Ashbury section of San Francisco and working as a freelance photographer when one of his clients, Mills College in Oakland, staged a weekend seminar on the pop music industry. Among those who attended were Jann S. Wenner and Ralph Gleason, who were working on plans for a new music publication.

Continue reading this story on NYTimes.com
< Mom raises 4 surgeons in Bexley home after husband’s death
Giving to BEF at Year-End >