You are here: Home › Baking bread and taking names, Dan the Baker 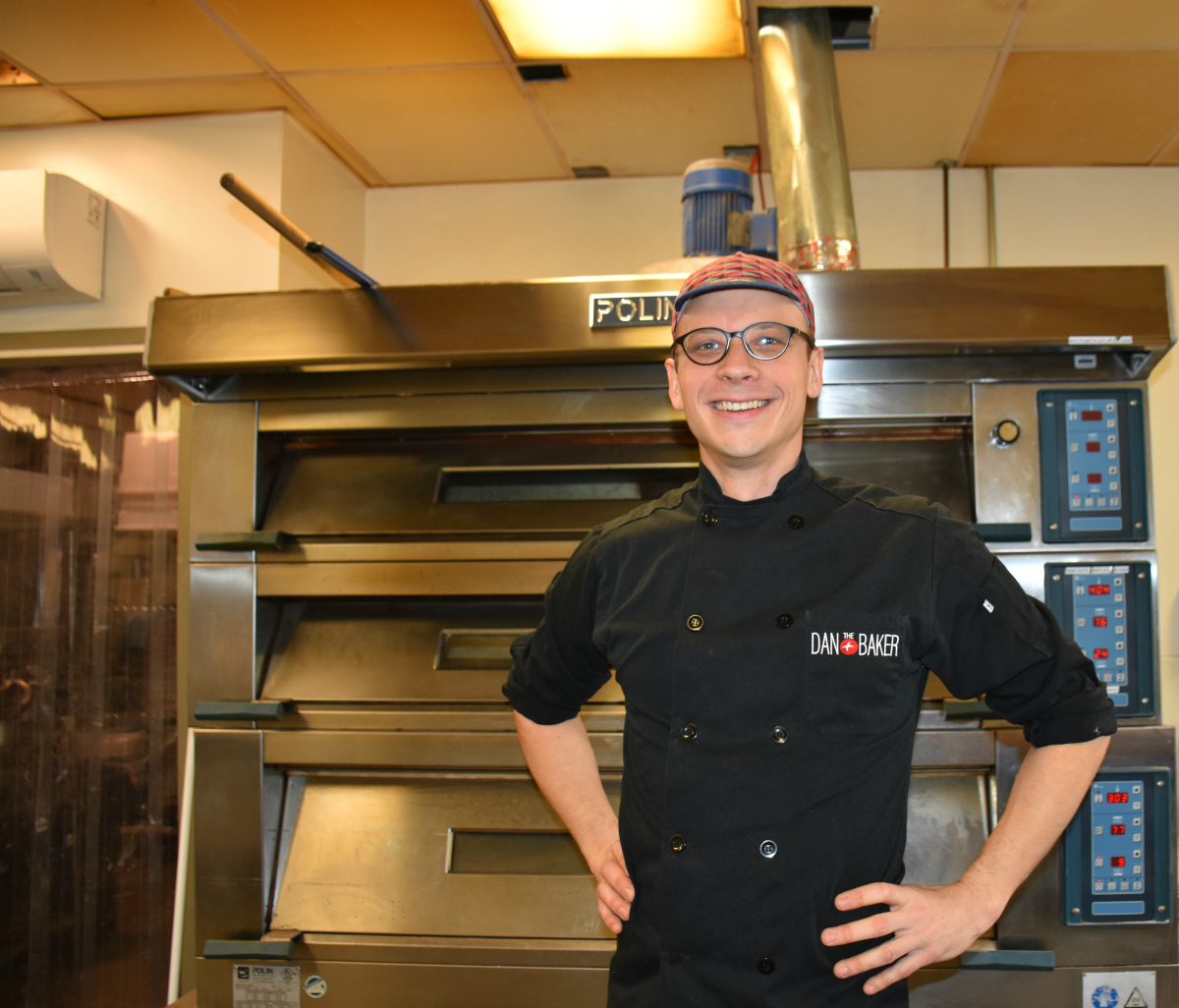 The Toast Bar sits in a semi-industrial, residential area of Grandview, just off Dublin Road. The small bakery is only open two days a week, Saturday and Sunday, but even in the off hours it smells warm. The Toast Bar grew out of Dan Riesenberger’s BHS ‘05 homegrown bakery which started 10 years ago, inspired by west coast trends.

The traditional route never seemed to call to Dan, and he never had plans to open a bakery while in high school. “It presented itself as a really sensible plan in a way, although it felt kind of crazy, so it was like basically following a passion that turned into a business enterprise,” he explained. And though Dan describes never having been drawn to any one class, he did a yeast project for Mr. Podlasiak’s Bexley Middle School chemistry class, which his parents pin-point as his first foray into baking.

Dan got his start at Northstar Café working as head baker for a year where he learned the components of baking. “Everything I learned [at Northstar] I’ve relearned by trial and error just working on my own,” said Dan. Baking allowed him to trust his intuition not only with sourdough experimentation, but to grow his business. “It’s taught me a lot about being self-sufficient.” It was at Northstar that his knowledge and passion grew, inspiring him to experiment on his own with a sourdough yeast a co-worker had given him. Dan was searching for the flavor of his youth when concocting these sourdough mixtures at home, as his mother always baked fresh pastries.

At first, Dan only sold to farmers markets using the name Dan the Baker. He sold bread baked in a wood-burning stove he and his father had built. His business was entirely out of a house and he describes it was not very sensible when making 200 natural leaven loaves of bread. This challenge taught Dan how to time his bread leavens and ovens. As his business grew and they moved into their Ridge Street location with an industrial kitchen, the standard business challenges presented themselves. “The stakes are so much higher than when it’s out of your house it’s basically just you and a couple other people. Now [the business is] up to nine people, so that’s a lot of mouths to feed and they’re all relying on you. You can’t really decide well I don’t really want to [bake] this winter.”