You are here: Home › Class Notes
We Want to Hear From You-Send Us Your Class Note

Grace just celebrated her 98th birthday! She is in excellent health and lives in Grove City, Ohio.

I have lived in Hartford since 1945. I had a wonderful marriage for 67 years to David. We have a son and daughter and two granddaughters. Daughter Arlene did work in Columbus for a few years as an engineer for Taft Broadcasting TV. (April 2014)

75 years ago I graduated from Bexley High School. I am healthy and active, was married 61 years and have two sons. I started 1st grade at the old Main Street School and went on to graduate 12 years later with an excellent education including music, art, recess, etc. There was no kindergarten. I understand Read More

Happiness is receiving a call from a former Cassingham first grade student of mine about 63/64 years ago! Even better was the second call telling me to look on page 17A in the April 13, 2017 Wall Street Journal. Bob Greene had written an article entitled “I Actually Thanked a Teacher.” Thank you, Bobby! (As Read More

I finally retired after teaching orthodontic bio-mechanics to innocent young graduate heads for 17 years. They gave me a great retirement affair.

We had our 65th class reunion on Sept 19 and 20th.. We met at TAT Restaurant on Friday Sept 19 and the Old Bag of Nails on Sat 20th. We had 25 Classmates attend and with spouses and guests a total of 42. We had Classmates travel from CA, FL, MT, TN, and WVA. Fun Read More

Am now the oldest teacher in the history of the dental school at Nova Southeastern University. Still banging bio-mechanics into innocent post-grad orthodontic heads my grand-children’s age. Slowing down with a new hop but driving and no walker yet. I wonder if our old house at 2539 Fair Avenue is still intact (corner of Fair Read More

I celebrated the BIG 90 this year with parties with family and again with my book discussion group, then a vacation at Cape Cod with the whole family from MA and PA, except LA grandson. I still walk two miles most days and live in my home of 50+ years. (October 2014)

I was recognized with the award for “A Lifetime of Distinguished Service” at the 24th Annual Harold K. Stubbs Awards Dinner on March 14 in Akron. The dinner was held annually in memory of Stubbs, a popular municipal court judge and West Side Akron resident who died suddenly in 1989. The City/County Safety Building is Read More 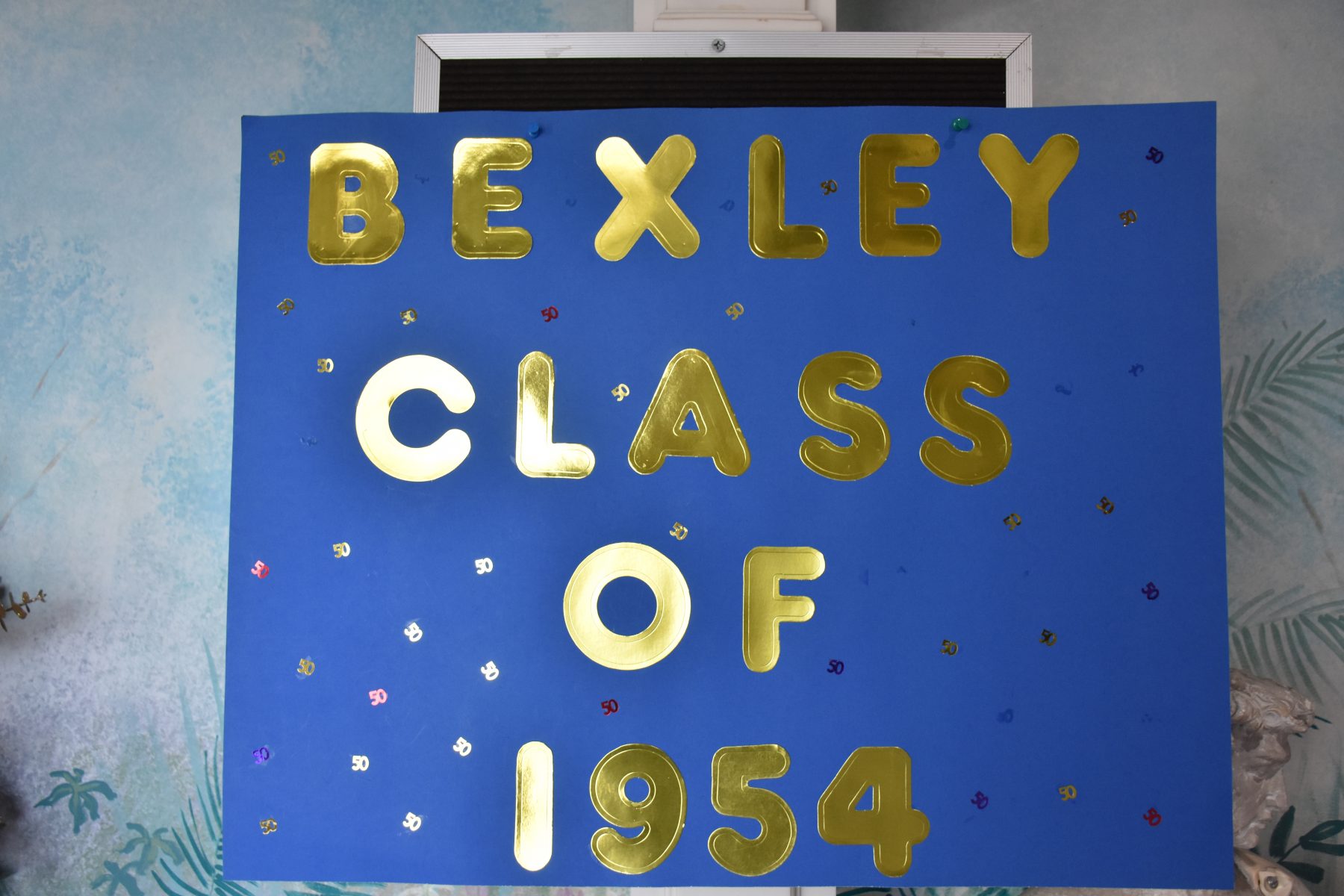 The Class of 1954 had a wonderful time getting together at the TAT Ristorante this Fall with lots of classmates returning to Columbus from the area as well as out of state.

We now spend winters in Naples, FL. We have a granddaughter who will be a 4th generation Maryland student.

Enjoying life in Melbourne, Florida. I volunteer at an equine assisted therapy center, but have pretty much given up riding. Marv volunteers at Viera Hospital. Nursing along my garden – gardening down here is certainly different from Ohio. Would like to get in touch with my classmates and any Bexley alums living in this area. Read More

Raymond F Wagenhorst retired as a senior engineer with IBM in 1991 and retired as a Registered Professional Nurse in 2017. He and his wife, Shirley, have moved to Tinton Falls, New Jersey.

Last year my co-authored book sold 1,157 copies in 13 countries during the first six month sales period! How to Make a Golf Yardage Book based on the book by Eric Jones and Dick Barry https://www.youtube.com/watch?v=iC12gQZbcOA https://www.amazon.com/Make-Yardage-Book-Eric-Jones-ebook/dp/B01AVDK0BY (January 2017)

All is well in Western, NC. I’m still active in the local Democratic Party, environmental, animal rights, and social justice causes. My husband, Jim, and I are thankful for continued good health. (December 2016)

Had a tour of our school at our 60th class reunion. Most of us didn’t recognize the place with all of its wonderful changes. We’re so proud to say we’re Bexley alums. (December 2015)

I am retired from the U.S Dept. of Agriculture since 1988. Lost my wife of 52 years, Marie, in 2005 to brain cancer. I remarried in 2007 to Faye. Get back to Columbus area once a year to visit siblings and attend family reunion. (November 2015)

The more things change, the more they stay the same.

I, too, really enjoy reading about the Bexley alums. I was not always at Bexley, (transferred from Grandview HS) but felt very fortunate to have attneded two of the best schools in the district. Milton, my husband of 59 years, was a Grandview boy. Unfortunately, he died in October, 2013. I have three boys, two Read More

I retired in June as a part-time contractor for EPA. I have had more time to send out my short plays. “Fluent” was read in Flagstaff, AZ and near Penn State. “PayDayus Ex Machina” was an Honorable Mention at a Lafayette College one-act competition. A ten minute version of “Meeting Acute” was performed in Tampa. Read More

We have lived in Ruston, Louisiana since 1974. My huband, Larry, and I worked at Louisiana Tech University and both retired in 2013. We are presently building a house in the Straus Park subdivision on Brevard, North Carolina, which we hope is completed in October. We will at that time leave the heat and humidity Read More

I just graduated with my M.A. in Education with a focus on curriculum and instruction from California State University Fresno. I also received the 2017-18 Kremen School of Education and Human Development Project Award for my paper “Actualizing Art Integration and Teacher Self-Efficacy.” I’d like every child to receive what the students in Bexley receive Read More

My daughter just had twins in January, a boy and a girl. The boy they named “Jude Daniel” and the girl they named “Bexley Grace.” I guess that we must have come back to town a little too often for the 4th of July. We live in Winona Lake, Indiana and hope to bring the Read More

We have moved to Denver, CO to be with two of our three children. We are thrilled we now have our first two grandchildren. Two beautiful boys. (October 2015)

I just attended our 55th reunion. Everyone spoke about how blessed we were to gave frown up in Bexley- a magical community where we received a superb education and forged enduring friendships. We mourned the loss of 33 of our own dead classmates. Tony and I moved to the North Shore of Boston to live Read More

Since I retired from a 35-year career in medical photojournalism, I have pursued my hobby-turned-business in jewelery design and teaching (www.basicallybuttonsandbeads.com). I still Jazzercise four days a week, as I have for the past 38 years. My husband Marc and I have been married since 1962 and we have three grown children and five teenage Read More

Hello classmates! My wife, Sharon, and I celebrated our 50th anniversary on December 31st. Yes, we got married on New Year’s Eve. How many of you have reached this milestone already, or are getting close to it? I am very lucky to have found the right mate on the first try. We have been retired Read More 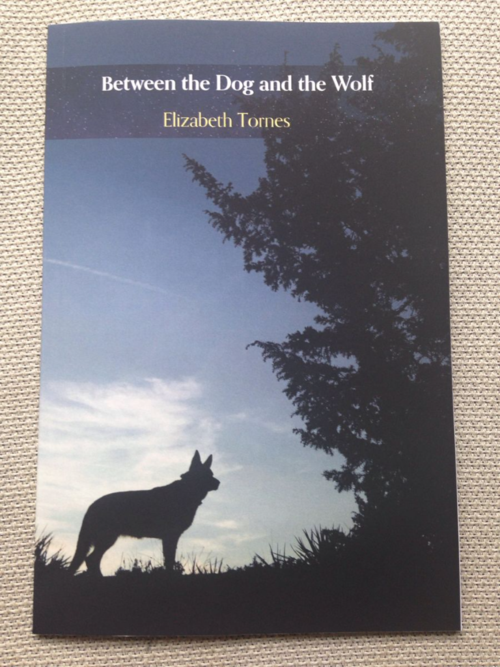 Beth called the office to share that she loved hearing about Mrs. Pfaff in the recent alumni magazine and that Sara had a huge influence on her, and encouraged her in writing and reading. Beth lives in Northern Wisconsin and has published 3 books of poetry. Her latest, Between the Dog and the Wolf, includes Read More

This past year I have served as chair of the Clintonville Area Commission, a group that advises the City of Columbus on the needs of our neighborhood. Being chair is time-consuming, but I have met a lot of interesting neighbors in the 4 years I have been on the commission. Otherwise, I stay busy during Read More

It is always a pleasure to “come back home” to Bexley. This year Tom, Linda, and myself came home to celebrate Cliff’s 90th birthday and Marcella and Cliff’s 65th anniversary! In addition, I just could not stay away from attending this year’s OSU / Michigan game! Rubino’s is still a favorite destination and it is Read More

I retired on December 31, 2014 after serving for 31 years as the cataloger/metadata librarian at Courtright Memorial Library at Otterbein University in Westerville. (December 2014)

I retired from teaching in the Columbus City Schools and rural North Carolina in the spring of 2014 with 30 years of service. I am currently a park ranger with the Columbus and Franklin County Metroparks, where I started as a part-time ranger back in 1986. I am also doing freelance science/nature consulting for the Read More

Continue to enjoy life in Washington, DC, doing litigation and also providing legal support to activists and demonstrators in the DC area. Celebrated the life of our father, Franklin E. Wilcox, who died this year at the age of 88 (he was remembered by many BHS alumni as a Boy Scout leader and Director of Read More

I am the newly named founding head of the New York International School on the Upper East Side of Manhattan. The school offers a dual immersion language (Spanish and Mandarin Chinese) to students and is part of the ten British Schools Foundation schools around the world. (August 2015)

The Class of 1973 held its reunion over the July 4th weekend. Classmates rode on a flatbed in the parade, went on a tour of the high school led by current students, played golf, gathered at the Old Bag of Nails and attended the main event on Saturday night at the Hollywood Casino in Hilliard. Read More

Recently I won a language teacher scholarship to study in Barcelona, Spain, this summer.  I teach Spanish in Little Rock, Arkansas, to young children ages 2 1/2 through 4th grade and competed nationally through the ACTFL (American Council on the Teaching of Foreign Languages) for this special privilege.  It is an honor to have won Read More

We welcomed Goldie Rilo on March 6. She entered the world at a healthy 8 lbs. 15 ozs. and 21.5 inches long. She already has taken to the Minneapolis winters and looks forward to visiting her older brother, Ben, as he prepares to leave for Temple University in the fall to study music education in Read More

Barbi (Sorensen) Smole ’97 is a mom of three and runs her own pilates studio, Pointers Pilates in Maryland. After her son was diagnosed with a rare eye disease called Coats Disease, Barbi started the Curing Coats Fundraiser to raise research funds for The Wilmer Eye Institute at Johns Hopkins. Visit, Curing Coats on Facebook for more Read More

Hello—I’d like to share a bit of alumni news. My next two picture books in my Chloe Zoe picture book series—”It’s Halloween, Chloe Zoe!” and “It’s Thanksgiving, Chloe Zoe!”—are releasing this August 2017 from publisher Albert Whitman & Co. As with the previous titles, I am both the author and the illustrator. Below are a Read More

A graduate of Denison University, Oliver received the president’s medal at the University’s Academic Awards Convocation this April. The medal is the highest honor the college bestows on a student for their academic success, as well as for community service, contribution to the arts, athletic fitness and achievement, enlargement of the community’s global perspective and Read More

I graduated from Miami University in 2012 with a Bachelor’s Degree in English and a minor in Business Management. I am now a licensed Real Estate Agent in the Greater Columbus area with Keller Williams Capital Partners. I also work by appointment at Helzberg Diamonds located at Tuttle Mall selling high end jewelry and engagement Read More

Robert Reed ran into science teacher Scott Lodgson and reported that he was currently employed by the US Department of Agriculture: U.S. Forest Service, a Federal agency that manages 193 million acres across the United States and its territories. It’s mission is to sustain the health, diversity, and productivity of the Nation’s forests and grasslands Read More