You are here: Home › A Love Story: Gene & Sally Millard 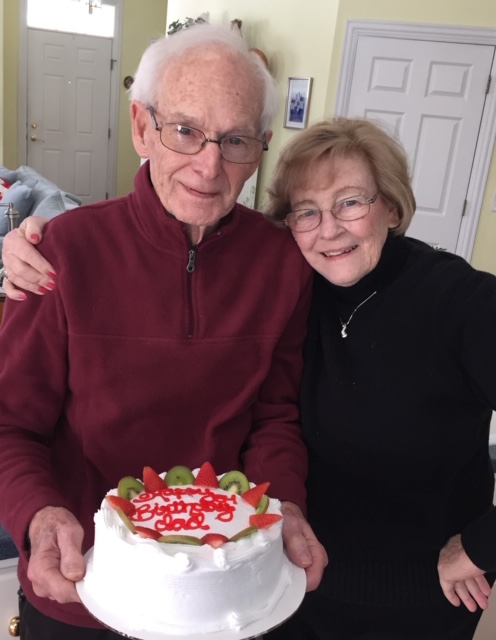 It would be impossible to find two people who love Bexley Athletics more than former basketball coach Gene Millard and his wife Sally. Gene Millard coached boys’ basketball at Bexley from 1962-87 and again from 1992-96. He won 496 games, 15 league titles and eight district championships, along with the 1983 state title. In 1989 the Millard’s established The Bexley High School Athletic Hall of Fame to honor the memory of their daughter, Rebecca Millard Attwood.

The Gene and Sally love story began in in 8th grade. The former Sally Settle met Gene Millard in junior high school, and they have been together ever since. Both are graduates of Dayton Stivers High School, Class of ‘53.  They married in 1955. Gene played basketball at Ohio State and was the team captain and team MVP in 1956-57. He scored the first basket at St. John Arena. Both Gene and Sally are turning 85 this year and will celebrate their 65th wedding anniversary on March 19.