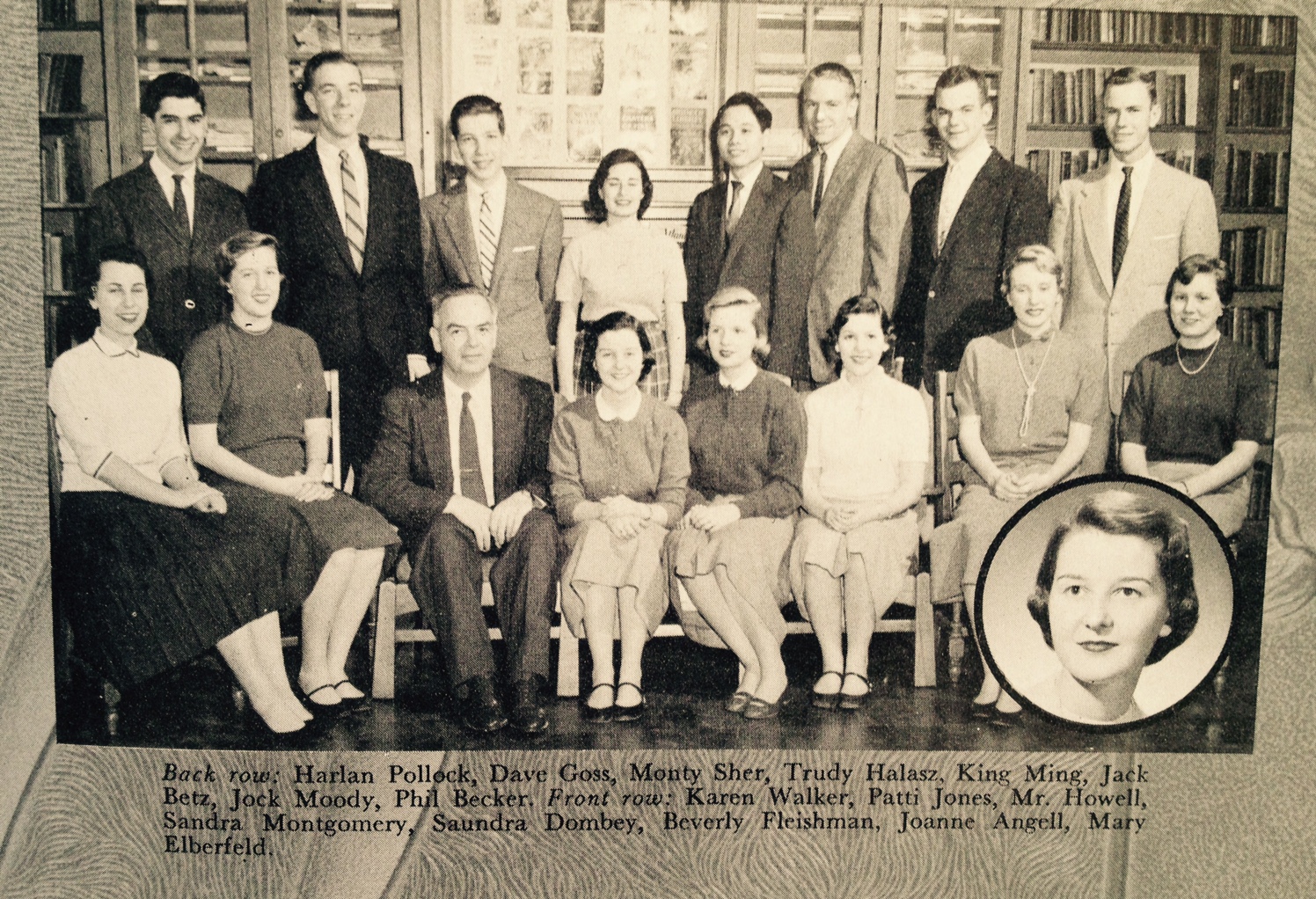 Beverly Pimsleur (nee Fleishman) and Sandra Jean Montgomery were high school besties. “We had sleepovers, we double dated, we gave parties together, we worked on the Bexleo, the Y Teens, and student council,” says Pimsleur, BHS ’55.

You can see it in their profiles in the ’55 yearbook, where Sandra (seen above with the Bexleo staff, front row, fourth from left,) was editor and Beverly (sixth from left) was senior sections editor. “Beware of the Jabberwackeys,” they both warned. “OK, Bevie, let’s C.D.K.S.G.C.” wrote Sandra. 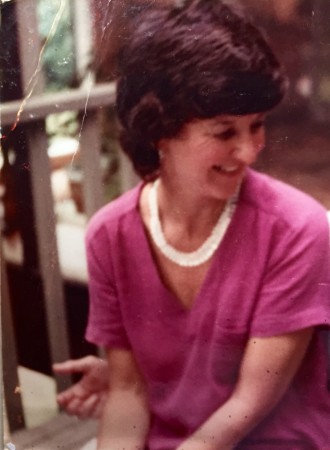 The two lost touch after college but reunited at their 30th Bexley reunion, and “it was just as if the years between melted away,” says Pimsleur. They rekindled the friendship, but they only had a few years to enjoy it; Sandra Montgomery became ill and died shortly before her fiftieth birthday.

“Over the years, as my own children have grown up and they’ve had children,” said Pimsleur in a recent interview, “I’ve often thought of Sandra, and how sad it was that she left us too soon, and how much she missed and how much I missed her. You can’t remake old friends.”

Sandra Montgomery chose a career in teaching, studying first at Ohio University and earning a master’s in special education from George Washington University. She taught for 11 years in Bethesda, MD. She was the mother of three daughters, all of whom went into the education field.

This winter, Ms. Pimsleur decided to do something to memorialize her friend. At the same time, she would honor the English teacher both she and Montgomery most admired, Antoinette Barr.

Born in 1909, Barr was a graduate of Oberlin College who received a master’s degree from OSU and was a John Hay Fellow at Harvard University. Following her tenure at Bexley, Barr taught English at Capital University until her retirement in 1976. She passed away in 1987. 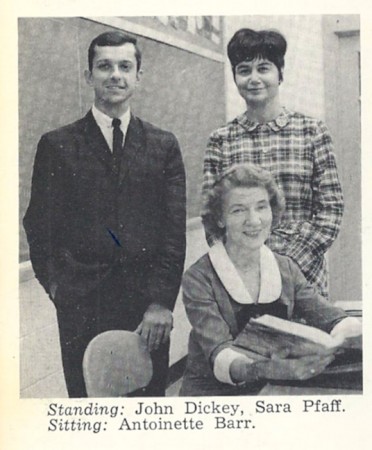 Antoinette Barr, in the 1966 Bexleo

Mrs. Barr inspired her students, says Pimsleur, with her presence in the classroom and her deep love of literature. “She had a beautiful voice and she read to us from Shakespeare. She also had us read aloud, and memorize passages. Whatever she said or did was stamped indelibly in my consciousness. She was the voice in my head.”

It was an influential voice. Pimsleur went on to earn a master’s degree, to teach at OSU and to complete course work for a Ph.D. in Comparative Literature at New York University and the Sorbonne. With her husband Dr. Paul Pimsleur, a scholar of applied linguistics, she founded the Pimsleur Language Program, a series of language learning courses on tape. They began with five languages: Greek, French, Spanish, German and Twi, a dialect spoken in Ghana. Paul Pimsleur died young in 1976, and Beverly Pimsleur, who had worked with him to develop the method, continued with the company until its sale to Simon & Schuster in 1997. The successful program continues to expand with courses today in over 50 languages.

Ms. Pimsleur also revised her husband’s innovative series of cultural readers and is author of the ESL book Counterparts. She most recently worked with her daughter’s company “Little Pim” to create DVDs aimed at teaching languages to children six and under.

The interest on the endowment Ms. Pimsleur has established will be used to provide a scholarship award each year to a Bexley senior who excels in English. She explains the purpose of the scholarship this way. “In this age of high tech (which by the way I do use and enjoy), I think it’s important to acknowledge those students who excel and choose to spend more of their class hours in English–and who, like me and Sandra and many others of our generation, love books and literature and make that a priority in their academic lives.

“Hopefully some of the recipients of this very modest award will be inspired to go into the teaching profession,” she said. “Because we still need Mrs. Barrs (and Mr. Barrs!) in our lives.”

Those who would like to contribute to the Sandra Montgomery, Class of 1955, Memorial Endowment Fund should call the BEF office at (614)338-2093 or write to pamela.glasgow@bexleyschools.org .