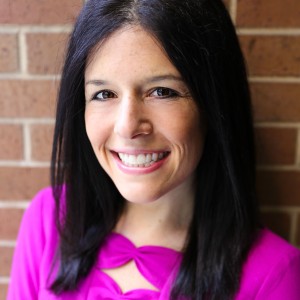 Lindsay Avner, BHS ’01, had just graduated from the University of Michigan when she tested positive for a mutation on the BRCA1 gene, indicating she had a lifetime risk of up to 87 percent of developing breast cancer and 54 percent of developing ovarian cancer. With a strong family history of both diseases, Avner made the decision to have a risk-reducing double mastectomy. She was the youngest woman in the country to have the procedure.

What she experienced during that time inspired her to found Bright Pink, an organization aimed at helping young women become strong advocates for their own breast and ovarian health. Today, Bright Pink has ten chapters, nine educational and support programs and more than 50,000 members nationwide.

Avner was named “A Woman to Watch” by the Chicago Sun Times (2008), an “Action Hero” by Women’s Health magazine (2008), a “Woman Doing Good” by Self Magazine (2011) and is the the youngest recipient of the Anti-Defamation League’s “Rising Star” award (2009.) Her story and her work have been profiled in such media outlets as the Chicago Tribune, Cosmopolitan, Shape, Chicago Magazine, New York Times, “The Today Show” and CNN.

Avner will be the featured speaker at Bexley’s graduation ceremony on May 22.

< Dr. Netta Gurari, BHS 2000, presents to students on the science of touch
Ready for college in Bexley >